As the government launches the 15th annual National Apprenticeship Week this week (7th-13th February 2022), figures have emerged providing an assessment of the extent to which police services are actively engaging with apprenticeship career pathways.

An SFJ Awards survey of 900 policing professionals found that just over a fifth (23.1%) of police services counted ‘active’ apprentices among their number, with only a handful of employees stating they were planning to recruit an apprentice during the next 12 months.

According to the survey, a lack of awareness regarding what apprenticeships bring to the table offers one potential explanation as to why they aren’t embraced as readily in policing as they are among category 1 responders as a whole.

Having received a mixed reception since becoming a formal entry route to the service, National Apprenticeship Week provides an opportunity to place a spotlight on apprenticeships and the role they can play in the future of the force. Against this background, employers, a service veteran, and a handful of apprentices from Surrey Police and Sussex Police offer their views on apprenticeship career pathways in policing.

What is striking about the current crop of home counties recruits is the remarkable resilience they seem to have developed early on in their careers, having been put through their paces both out on the beat and in the classroom.

Coming from HM Prison Service, PC Marcos Miranda de la Fuente of Sussex Police was no stranger to the interpersonal demands of the job, and yet it was the melding of theory and practice as an apprentice Police Community Support Officer (PCSO) which have proven the catalyst to his career; enabling him to progress into his current role as a recruit constable.

Speaking English as his second language and living with dyslexia, studying was the hardest part for Marcos. Stepping outside of his comfort zone, however, enabled Marcos to develop the resilience required to overcome his challenges, achieving a double distinction at his End-Point Assessment.

Explore our End-Point Assessment FAQs to learn more about the EPA process and our involvement in it.

Building Resilience as an Apprentice

The importance of building resilience as an apprentice was echoed by Surrey Police’s Maisie Rowan, who had this piece of advice for the future would be apprentices, “put yourself out of your comfort zone to develop”.

PSCO Maisie is another former apprentice who is the embodiment of what the entry route can bring to the police force. She successfully applied for entry to a level 4 diploma in Community Policing Practice as an alternative to university.

By elevating a career in policing to the level of esteem with which academic degrees are treated, Surrey Police brought onboard an impressively bright and committed individual via the apprenticeship route.

And with the End-Point Assessment successfully under her belt, Maisie represents everything that is positive about the future of the workforce, speaking enthusiastically about the role technology will play in meeting service demands, whilst reflecting thoughtfully on the importance of embracing equality, diversity and inclusion (EDI).

It is pertinent that Maisie chose to identify digital technologies as an area for personal professional and organisational development because, according to the survey, a majority of employers tend to agree, with 70% predicting that cybersecurity will become a key skill within the next five years. Similarly, when questioned about EDI, 75% of employers said that an understanding of EDI was a priority future people skills requirement, second only to communication. That being so, it is encouraging to see on this evidence, that apprentices have a good grasp of the bigger picture this early on in their careers and are naturally inclined to share the values and future vision of their employers.

Apprenticeships may also hold the key to improving staff retention, which again is an issue highlighted by the survey, having been identified by nearly 70% of respondents as the single most important workforce challenge the police force will face in the next five years.

Positively, in exchanges with apprentices from Surrey Police and Sussex Police, there is an overriding sense that they’re in it for the long-term. Whilst the range of opportunities offered by a career in policing was an enticing prospect for apprentices – a factor highlighted by a recent recruitment and ad campaign – serving the community remains a strong intrinsic motivation.

Typifying the response is East Brighton PCSO Mark Ridley, who decided to apply to the force following a career cut short in the armed forces.

“I returned to work within the civilian sector but found that I was missing a purpose and the satisfaction I used to feel when within the Army. After some time out to think about my next steps, I found I had the desire of getting back into uniform and decided this apprenticeship would provide me the opportunity to once again, serve a purpose” he said.

Having seen first-hand the organisational and service benefits that apprenticeships can bring Surrey Police and Sussex Police, have become champions of this pathway into policing. Adrian Rutherford, Director of People Services for the two forces comments:

“As forces, it is imperative that we explore new opportunities to bring people into policing as their knowledge, experience and insights can help shape the way we engage with and serve our diverse communities. Since launching the PCSO apprenticeship route into Surrey Police and Sussex Police in 2019, we have seen high interest from people of all walks of life who wish to start, change or develop their careers as PCSOs; becoming the eyes and ears of our communities and enabling true grassroots engagement to support their force priorities.”

Mr Rutherford’s words are echoed by Chair of the Youth Justice Board and SFJ Awards Non-Executive Director Keith Fraser:

“The pace of change in policing is quickening and the skills required to deliver an effective service are ever-changing. To meet this challenge requires a partner-led approach that brings together employers and training providers to equip learners with the qualifications required to meet current and future workforce needs.” said the former West Midlands and Met Police Superintendent.

As police services amp up frontline recruitment in light of government targets, forces would do well to consider apprenticeships more closely according to our experts, so let’s use National Apprenticeship Week 2022 as an opportunity to get the conversation going about the workforce of the future. 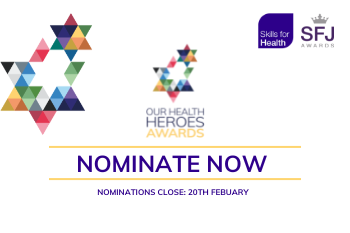 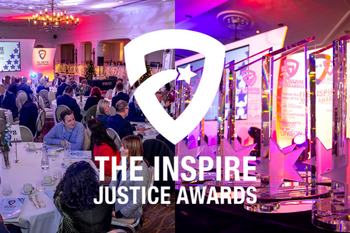 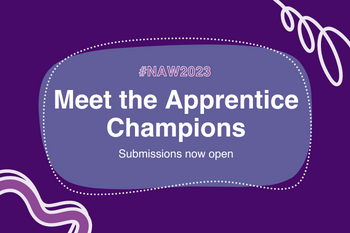 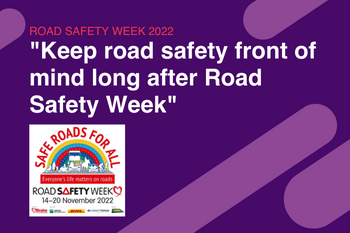